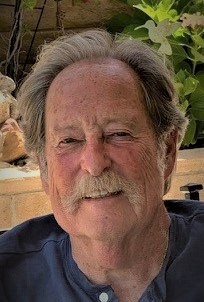 Helicopter Maintenance Magazine, the ONLY industry magazine written and published for the helicopter maintenance professional and based in Fort Atkinson, WI, announces that it has partnered with Mike Broderick, Rotordoc LLC to lead its sales and marketing efforts.

Broderick has advised and contributed editorial content to Helicopter Maintenance magazine over the years and under his newly contracted role will continue to contribute to editorial while also taking on efforts on the sales and marketing side. Co-owners Greg Napert Bob Graf, and Joe Escobar will continue in their roles while assisting Broderick with any efforts related to the publication.

Greg Napert, publisher for Helicopter Maintenance magazine says, “Broderick is uniquely qualified to lead our marketing efforts. When I discovered he was available and had started his own consulting company, I knew he was the perfect candidate to lead the charge for our publication.”

Broderick’s career in the helicopter industry has spanned a wide breadth of technical, logistic, sales, management and chief executive officer (CEO) responsibilities. He has been engaged as a shop and field technician specializing in rotorcraft turboshaft engines for light and medium helicopters; served as a Satellite and Program manager for major engine overhaul companies; major helicopter OEM’S and worked as director of maintenance for several FAA approved Part 145-repair stations specializing in light and medium helicopters and FAA approved Part 141 flight schools.

Broderick says, “My CEO background is the result of business ownership. Beginning in 1985, I co-owned California Airmotive Group (CAG) which retained two 145-repair stations: 1) Heli-Turbine Inc, (HTI) which was designated as an Allison Maintenance Overhaul Center (AMOC) for Allison (Rolls-Royce) 250 engine and accessory overhauls 2) Concurrently within the structure of CAG was Heli-Dyne Inc. (HDI) which held Hughes (MD) and Schweitzer service center and component overhaul agreements. Both companies offered complete engine and component overhaul, including post overhaul dynamic testing of engine, transmission and rotor-head. Both companies shared Level III NDT capabilities. I was the responsible manager for both 145-repair stations and CEO / President of HTI. Together both companies employed 50 people and when sold in 1995, posted a combined ending figure of 12 million dollars in gross sales. The HTI / HDI warranty rate for the total time in business was under 1% of production.

“Additionally, along with my varied employment assignments I have provided factory approved turboshaft engine maintenance training to both A&P students and rotorcraft maintenance professionals,” Broderick adds.

Broderick most recently served as the director of Business Development for TRACE Worldwide Corporation, an international services company for both rotorcraft and fixed wing.