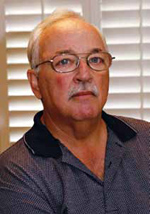 The holiday season has come and gone and it is now 2011. Maybe it’s just our imaginations, but doesn’t it seem to you that as we get older, time really does seem to go by faster? August ­­— when I became editor of HeliMx magazine — seems to have been just yesterday, and now we have two issues under our belt and a Web site that is doing well. This column will be in our February/March 2011 Heli-Expo issue! Where has the time gone?

Our success is not ours alone, but is shared by you, our readers, the helicopter maintenance professionals who work tirelessly to keep these great machines flightworthy. Thank you for your continuing support. To our guest authors who have devoted their time, energy and expertise in writing articles for us in 2010, we give special thanks. To those of you who would like to write an article in 2011, we welcome you.

In perspective, 2010 was neither very good nor very bad. It just was. The economy has not rebounded as the current administration thought it would and jobs are scarce. The aviation industry in general is surviving to be sure, but not coming back in any great form, or as quickly as we would like it to. The helicopter industry continues to move forward and is selling new aircraft, but this is also happening slowly. As we stated in last issue’s editorial, the main problem still appears to be financing. The tight squeeze on credit lending is across the board, and very much affects our industry. The military side of the helicopter marketplace is doing well, but even there we will probably see a downturn in requirements as we start to reduce our presence in Iraq and Afghanistan.

Heli-Expo, ALEA and NBAA had good attendance in 2010, with the majority of activity appearing to revolve around aircraft improvements, upgrades and retrofits as opposed to new aircraft sales. I, for one, am anxiously looking forward to Heli-Expo 2011 to see how our industry has performed in a year’s time.

Safety management was also a big topic in 2010 and will continue to be so in 2011. The Safety Management System (SMS) is gaining acceptance not only in helicopter operations, but in all aviation operations worldwide. Meeting minimums is not enough anymore. Safety is everyone’s concern. SMS addresses risk management and decision making, safety management capability, controlling risk through safety assurance, the ability to share knowledge and developing a safety culture.

On a very positive note, on Sept. 15, 2010, Sikorsky’s X2 aircraft reached a top speed of 250 knots in straight and level flight at their West Palm Beach facility, and unofficially set a new world speed record for a helicopter. Nice going, Sikorsky! I wonder where that will lead in 2011.

In closing, we can safely say that 2010 was a year that did not see us fall on our faces or hit our full potential. Considering all that was happening around us, it was all right. As for 2011, we say bring it on and let’s look for better days ahead.