The Ability to Go Old School 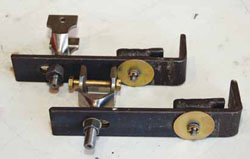 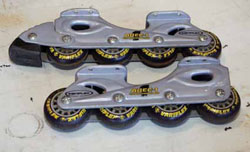 We live in a great time in history. We can tweet, text and email to our hearts content and never have a meaningful conversation with anyone! We have big screen 3D televisions, DVD’s, iPads, iPhones and iPods galore. When we perform maintenance on our helicopters we have computers and laser beams and all sorts of the latest and greatest tools to work with. But, what happens if we have to do a particular task and that fancy tool we need is not available? What do we do now? Do we have the knowledge and ability to go old school?

When I started my current job (almost ten years ago — man, time flies), the office I worked for was going to send our Bell O/H 58C to a local repair shop to replace the main rotor tension torsion straps that were due to be retired because of a calendar time life of twenty four months. Knowing all of the labor hours involved for such a project, and what that would cost our already strapped budget, (ok, that was a bad pun), I convinced my supervisor I could do it with the tools we had available and some scrounging around.

Following the maintenance manual, I removed the main rotor hub from the helicopter, and then removed the blades from the hub. Having worked in a few overhaul shops, my previous experience came in handy. I disassembled the main rotor hub just enough to replace the straps with new ones. This procedure and all the torque values are in the manual. Now comes the old school part- how to align the blades and hub assembly without any of the high-tech tools like a scope or laser. I fabricated some adjustable pitch horn holding tools from old retired parts.

Then I found some rollerblades my niece had out-grown. (I’m sure some could be found in a thrift store or in a Goodwill store). I removed the boot portion leaving the plastic frame and wheels. The other items I needed were some fishing line, a bubble level, two small mirrors and a black magic marker.

To start out, I placed the hub on a stable surface, low enough that when the blades rested on a pair of saw horses, they were just slightly coned up. Then I adjusted my pitch horn holding tools with the bubble level on the grips so they were level with each other. It does not matter where you put the level on the grips as long as you put it in the same position on both grips facing the same way. Next, you gently lift the blade tip placing the rollerblade under them so the blade is free to lead or lag on the sawhorse with as little friction as possible.

After that, secure one end of the fishing line with duct tape to the rivet on the topside of the blade near the tip. Now, run the fishing line to the other blade, securing it to the same position keeping the line taut. On the top of the blade bolts, color the inner chamfered edge with the marker, cleaning ink off the top of the bolt and leaving a defined edge. On the small mirrors, scrape off the backing to create a small window to look through on one edge of the mirror on approximately one-third of the mirror. You should still have reflective surface on either side of your new window. Place the mirrors on top of the blade bolts so you can see the edge you created in the window. Standing above the fishing line, looking down, you can see the line and the line in the mirror. When you position yourself to block the reflection of the line, with the actual line, you are staring directly down at the alignment of the line which could be inside or outside the blade bolt at this point. Through un-torquing and re-torquing your latch bolts you can get both of your blades to align with the aft inside edge of your blade-bolts. 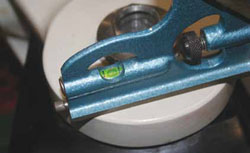 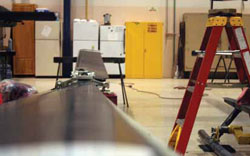 This is a great starting point for your dynamic balance with whatever equipment you have; ACES, Chadwick-Helmuth, RADS or others. At this point, I strongly recommend going with sweep over weight if your balance equipment recommends it. Even though it is more work, it is much more efficient and a cleaner look. 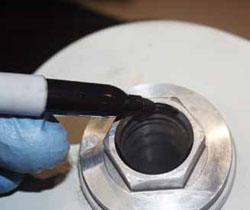 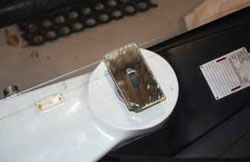 I know to a lot of mechanics, this has been a great technique they have used. But many of the younger mechanics in our profession have only been taught how to use the high-tech tools. And, when they malfunction, they’re stuck.

The next time your expensive piece of alignment equipment is not available, maybe it’s time to go old school.

Randy Davis-Yates is a 44 year old Arizona native who has worked on helicopters in a wide variety of environments — everything from service centers, news agencies, EMS operations, corporate aircraft and now law enforcement.

He has been with the Maricopa County Sheriff’s Office Aviation Division for 10 years. He is a licensed A&P mechanic with IA and is currently the division’s chief helicopter mechanic.