Airborne Surveillance and Patrol Support In the Valley of the Sun

Talk to anyone about Phoenix, Ariz., and they will say that they either love it or hate it. There does not seem to be any middle ground. “Oh, its summers are way too hot,” some will say. “But it’s a dry heat” others chime in. (So is the inside of an oven). They may talk about the fantastic golf that can be played 365 days a year. They might even talk about the Phoenix Suns basketball team, or the Arizona Diamondbacks baseball team and Cactus League pre-season baseball! What you will not hear about is the Phoenix Police Department or its nationally-recognized Air Support Unit. 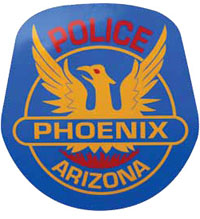 Phoenix was incorporated as a city on Feb. 25, 1881. Law enforcement was handled by Phoenix city marshals and later by police officers. In the early 1900s, the Phoenix PD used Old Nelly, a horse, to pull the patrol wagon for officers. Most patrolling was done on foot as Phoenix was roughly 3.1 square miles in size at that time and had a population of around 11,000 people. Call boxes were used to notify an officer that headquarters needed him. The call boxes were supplemented by a system of horns and flashing lights.

Today, Phoenix is the fifth largest city in the U.S. by population and has more than 1.6 million people calling Phoenix home. The city encompasses more than 515 square miles. In order to keep up with this growth, the Phoenix Police Department now boasts more than 3,500 officers and more than 700 support personnel.

The Phoenix Police Department Air Support Unit (ASU) was first established in 1973 and was located at Sky Harbor Airport. It began with a handful of officers flying two small, two-seat piston engine Hughes 300C helicopters and one Cessna 172 airplane. In the years that followed, the unit progressed to a fleet of five Hughes 500D turbine engine helicopters in 1979, and had 10 officers and a new multi-million dollar facility at Deer Valley Airport. 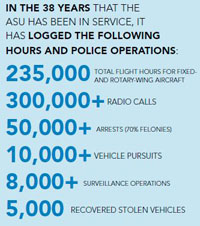 The ASU has traditionally embraced patrol support as its primary mission. This means that the unit is there to help those officers in patrol cars out on the street do their job more effectively. This mission has the aircraft responding directly to the needs of the individual citizen who calls 911. The police helicopters provide a police presence over a crime scene in two minutes or less, and also drastically reduce the city’s exposure to liability in various police incidents.

In addition to being an aerial platform for officers, the aircraft can actually take over certain situations such as vehicular pursuits, allowing officers on the ground to keep a safe distance. This ability to have an aircraft follow speeding vehicles keeps patrol officers from driving at unsafe speeds and endangering citizens to apprehend suspects. This technique saves lives and reduces city liability. The police helicopter allows the officers onboard to scan an area much greater in size than any ground officer ever could.

The ASU has proven itself to be a highly skilled and diverse team. The mission of the unit has grown to include search and rescue work as well as fire fighting responsibilities. Pilots are continually being assessed to determine how their skills are progressing and for what further training they may be qualified.

The mission of the Air Support Unit is to “provide effective airborne surveillance and patrol support to bureaus and precincts of the Police Department. Utilizing the precepts of community based policing, unit goals and objectives will be in accordance with the department’s purpose and value statements.”

The ASU has long been recognized as one of the leading air support units in the country. This status is due to the unit’s strict selection process, stringent training regimen and the dedication of its unit management and members. All of the unit’s members must be police officers first with at least three years of experience. Once they decide to try out for the unit, candidates must make a commitment to studying the unit’s operations in preparation for a competitive selection process. 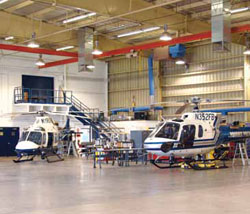 Helicopters are maintenance intensive machines. The ASU has a top-notch team of maintenance professionals to keep the aircraft flightworthy.  Brad Nelson is the chief of maintenance for the ASU and says that the unit’s maintenance slogan is “when in doubt, call it out.” As a self-contained aviation entity, the ASU accepts the responsibility of self-actuated safety initiatives.

The ASU is a public entity that follows civil operating rules of FAA Part 91. Even though it operates as a Part 91 entity, its maintenance procedures follow the best examples of several 135 operators around the country. The maintenance team supports a robust flight schedule that averages more than 500 hours per month. The parts department orders and receives all inventoried items and ensures all documents are established properly. The maintenance team follows all factory, vendor and FAA recommendations. The ASU’s maintenance team is made up of one chief of maintenance, one quality assurance mechanic, six mechanics, two stores clerks and one avionics technician.

This team of maintenance professionals completes a 300-/600-hour inspection every two weeks on the helicopters, and two 25-hour inspections each week. Work orders are always initiated for all repair tasks and inspections. This ensures that the work performed is in accordance with instructions for airworthiness compliance (IAC) and correct tracking procedures are completed. 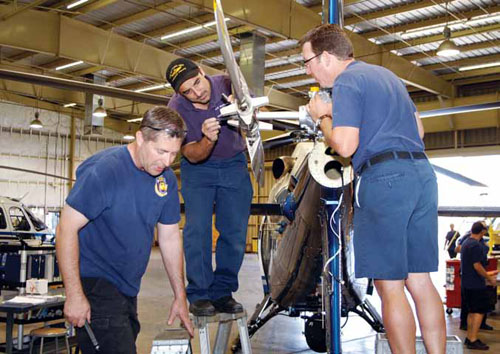 Pilots perform both the pre-flight and post-flight inspections, and report in the aircraft logbooks regarding any discrepancies that occurred during their shift. The maintenance supervisor schedules all aircraft inspections and assigns aircraft to the flight department each day in support of police missions. The quality assurance mechanic reviews all discrepancy logs and updates the flight records each morning at 6:00. He then creates the required work orders and inspection forms. 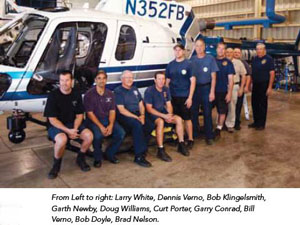 The maintenance supervisor assigned work orders and daily duties when the maintenance team meets each morning at 6:30. All work performed by a mechanic is inspected by the quality assurance mechanic upon completion. Then Q/A inspects all paperwork to ensure that it complies with FAA and ASU regulations. 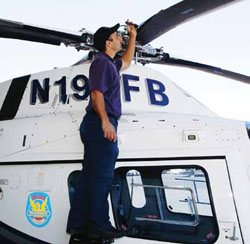 Through its local Flight Standards District Office (FSDO), the FAA is the loop with the ASU. Every eight weeks or so, an FAA principal maintenance inspector visits the ASU and performs an arbitrary inspection on one of the 13 aircraft.  This inspection is to ensure that the aircraft is in an airworthy condition per FAA standards.

In the event of a precautionary landing in the city, the ASU procedures require the maintenance supervisor and the chief pilot to respond to the scene to assess any repairs required. The ASU’s commander is then notified of the aircraft’s flight status.

The Phoenix PD still uses “Nelly” to provide support to those on the ground, but today Nelly has much more ground to cover and more officers to support. She flies to get where she is needed very quickly, and she has a top-notch team of maintenance professionals to care for her.

Brad Nelson is DOM of the ASU and has worked with the Phoenix Police Department since 1979. He became supervisor of the maintenance unit in 1991.