This robust little engine with a very rich American history was first designed by the Allison Division of General Motors in the late 1950s. This was in response to the U.S. Army’s invitations to produce a new turbine engine for a light observation helicopter (LOH). On Dec.19, 1962, the FAA issued the original Type Certificate E4CE to the proud grass roots family at General Motors. The birth of this 138-pound turboshaft powerhouse would forever seal the usefulness of the helicopter as we know it today. 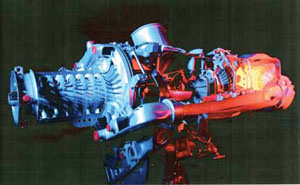 As the fleet accumulated time, the reliability and shaft horsepower were increased. This launched the helicopter to new levels of performance and payload increases that were astounding. A major benefit of the successful launch of this new engine was that Allison/General Motors was able to use U.S. Army funding and its depot maintenance at Corpus Christi, Texas, as well as the operational proving ground of the battlefield to debug the new technology. As the 1970s rolled in and the flight hours grew, the little engine began to “wear in.” Allison and large operators in the Gulf of Mexico, as well as others, provided great strides in repair and overhaul techniques as the fleets built time. I have had the opportunity to sit down with several “good ole boys” from that era. One can only imagine the heydays of the helicopter community, working together to establish the bedrock of what is enjoyed today as a safe, respectable industry of professionals serving on a global scale with the Model 250 engine.

From 1962 to 1989, under the General Motors watch, the engine had grown from 212 hp (250-C10) to a potent 450 hp (250-C20R). After 33 years of Allison community roots, in March of 1995 the authorities approved, with restrictions, the sale of the company to the Rolls-Royce Corporation. The ownership of the Type Certificate E4CE is reflected on the cover, listing Rolls-Royce as the holder of the certificate on Sept. 1, 2000.

So why the entire history lesson? I’m glad you asked. We all know that as any product ages, newer technology is developed and the industry progresses to leave the old in the dust. That’s not the case here. The Model 250 is still delivering big horsepower per dollar. The success of this engine is due to its inherent ability to be fully maintained by its owner. The owner/operator has always had the ability to repair and overhaul the engine, and then mix and match the compressor, gearbox and turbine modules as needed, to allow for the use of every last minute of TBO. Owners are comfortable and confident in this reliable old friend.

To those of you who know the Model 250 well, you have witnessed or even applied specific repair and overhaul (R&O) schemes to either restore or enhance power output and reliability of this 40-year-old engine. The manufacturer and others are locked into keeping this engine on the leading edge.

Why, you ask? Simply put, there have been more than 30,000 engines delivered that have accumulated more than 200 million fleet flight hours to date. For those of you that remember, historically, Allison was not in the R&O market until Rolls-Royce came on the scene. So just like many other engine shops, AvidAir was actually in the business of R&O of compressor case halves before Rolls-Royce. This little engine was born and bred right here in America, and its owners and operators have been inside the engine maintaining its individual components for decades. Now that’s an astounding fact that presents serious aftermarket maintenance potential for those of us in the R&O market, not to mention a responsibility for continuing to maintain a high standard of health for the fleet as it supports its operators.

Back in the late 1980s, I worked for an independent FAA Part 145 Repair Station that had R&O capabilities for the Allison 250-C18 and C20 engines. At the time, we (as well as many others in the field) experienced a very consistent service difficulty on the compressor case assemblies. The common discovery while completing a 300-hour or overhaul inspection on the compressor section was that you would find cracking, debonding and lifting plastic on the inner lining of the compressor case assembly. We would find that the case assembly would sometimes only be 300 hours since overhaul. Our customer’s words of “someone needs to improve this product” in my ears sent me headlong on a mission to make them happy. With this very specific mission in mind, I set out on my own to improve this product. A great man said something that I never forgot: “Don’t spread yourself so thin that you ever sacrifice depth.” I took his counsel and have focused on Model 250 compressor case overhaul ever since.

In 1991, I personally entered the market known as AvidAir Helicopter Supply Inc. I purchased the compressor case overhaul machinery, tooling and technical data that was the original equipment in the Corpus Christi Army Depot. I felt that I could apply the detailed overhaul process in such a way to increase quality and reliability. After three years of R&D, tooling overhaul and qualification, AvidAir received FAA certification for its unique overhaul process. Several modern modifications were made to the equipment and tooling that enhanced quality and repeatability to the end product — but there was still a problem. After 16 years and one OEM update (CEB1317) of production, no matter how you slice it (or spin it), the plastic? Well, its still plastic. While the AvidAir process control and reliability was there, our attention to detail and quality was also there. The plastic material just lacked durability, and we found that our customers still needed enhanced performance from this lining. Based on the operations and maintenance manual, operators would expect to get 1,750 hours of service from a set of compressor cases. Based on today’s prices, that’s about $3.75 per hour. However, when the case assembly only makes it 300 hours, that’s about $22 per hour — and that’s a problem worth solving. 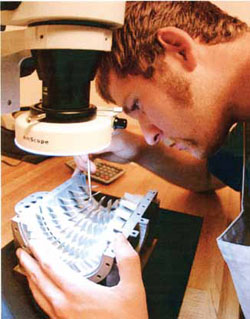 Remember the mission to deliver value to the operator? We can all relate to the customer when it comes to solving service difficulties. When we look at the cross-section of our business process, we need to pay close attention to the customer message and ensure that the business process (sales, marketing, engineering and production floor) are individually focused at the same mark without barriers between these respective departments; “a mission objective that ends with the achievement of the business objective.” My apologies for getting a little busy on you here, but we all know that customers tend to leave when the value that was once delivered to them in the hangar has been replaced on the other side of the airport.

A great example of how companies are bringing value to their customers and their bottom line can be seen in the October/November issue of HeliMx magazine on pages 35 and 36, with all the STC kits, TSO approvals, accessories and hardware. These are all great products that are a result of companies that have seen a service difficulty or requirement on a helicopter mission. They took the respective data back to their team, dared to be unique, and went to work within their business units to bring a solution to the market. All one has to do is look at some of the PMA company catalogs to see the many unique and valuable solutions brought to the helicopter industry. One may ask: “What do we need to establish in our hangar to re-achieve competitiveness?”

For AvidAir, this mission objective has been achieved by the manufacturing of a new proprietary carbon fiber lining product. With a consistent customer message of displeasure with the original plastic lining design, we set out to provide a solution within our overhaul business process. AvidAir initiated a program to design a new compressor case lining. In order to substantiate the design, we employed a respected engineer who took part in the original plastic design back in the 1960s at Allison. After the initial testing, the clear solution was carbon fiber composite technology.

Carbon fibers are classified by the tensile modulus of the fiber. Tensile modulus is a measure of how much pulling force a certain diameter fiber can exert without breaking. With this technology in mind, as a compressor case endures thousands of thermal cycles, our design was to reinforce this resin matrix to withstand these pulling force cycles, thus increasing the life of the lining. With this enhancement, direct operating costs for this part will be significantly lower, as well as retained performance and engine health over the long haul of the engine TBO as a whole. This brings increased value to the customer.

Ask yourself, has my business become stagnant? Does my business have a revolutionary service or product that stands out from competitors as unique and reliable, and that provides added value to my customer’s operations? In this industry, the best marks in your trail are left by integrity, reliability, quality and safety — just like that little engine from the pioneers at Allison /GM. Thank you for the legacy, boys.

While you are at Heli-Expo in Dallas in February 2012,visit AvidAir at booth 9662 and see a carbon fiber lining unit with a 1,000-hour time since overhaul. We would enjoy meeting you.

Craig Rookstool has been in the Model 250 R&O business since 1988. He holds a Repairman Certificate and a Private Pilot Certificate for single-engine land and sea.  He has specialized in the Model 250 his entire career. His company, AvidAir International, has held its current Part 145 Repair Station License since 1994, and enjoys serving customers’ Model 250 engine overhaul needs worldwide. Craig is a member of HAI, ALEA, NBAA and ARSA. He currently enjoys a place in the NAA world record book after supplying the Rolls-Royce Model 250-B17C powered MX7-420 Amphibian Maule Aircraft (N420TP) for the time to climb category.