The Danger of Technology

Technology has changed a lot with computers and mobile phones since I first started working as an aircraft mechanic in the late 1980s. Here are a few examples:

Back then computers cost a lot of money. They were huge clunky desktop units with small CRT monitors. If you wanted to get on the internet, you used dial-up. The beeps and tones of the modem connecting was a familiar sound to many of us.

Today, many people still use desktops (although the price is a lot less and monitors are hi-res flat-screen LCD or LED units). Others opt for more portability and choose laptop or notebook computers. The portability aspect took an even bigger step last year with Apple’s introduction of the iPad. I saw quite a few demos at NBAA this year for aviation-related products that were iPad compatible. ATP even had a demo of their technical publications library on the iPad. In the past, tech pub updates came in the form of regular microfiche updates. Now updates are instantaneous whenever you are connected to a wireless network.

Back then “mobile” phones were leather bags that contained a battery pack, handset and folding antenna. The people that needed to stay in contact with their boss (or their boss at home) carried pagers. If you were paged, you would simply find a phone and call that number to see what they needed.

Now, mobile phones are undergoing a metamorphosis. It’s gotten to where I don’t think of smart phones as cell phones that do a lot more. Instead, I see them as computers that also place and receive phone calls. For example, my current “phone” has a 1 GHz processor and 40 GB storage. It can connect to the Internet via the phone network or WiFi if available. It can also be used as a WiFi hotspot, allowing up to four other computers to connect to the Internet. It syncs to my work and personal e-mail. Any updates I make to my contacts or calendar in my phone are automatically updated on my computer. It’s like having a mini-computer in my pocket.

All of these functions of today’s smart phones can be a great resource. They can also be a huge distraction. Some become slaves to the technology. They feel they must answer every call right away instead of letting it go to voicemail and returning the call when it’s break time or the task they are working on is completed. They check e-mail as soon as they hear the notification chime. They check their friend’s Facebook updates and post status updates way too often.

Working on the hangar floor? Step away from your phone!

Many companies have enacted cell phone policies that limit or totally ban cell phone use on the hangar floor. Cell phones used for personal use on company time is one thing. But that waste of company time is not the only reason companies are enacting phone use policies. One main reason is because they realize the dangers of distraction on the hangar floor and they want to reduce risk. They don’t want someone who is performing a critical maintenance task to step away from that task to answer a call or check an e-mail and then return to the task not quite sure where they left off. They could inadvertently skip a critical step in the process.

There are some situations where someone needs to answer phone calls when working in the hangar. It just can’t be avoided. If that is the case, then a safety net you can put in place might be to make it a habit of going back a few steps from where you think you left off in the task.

Thanks for reading, and we appreciate your feedback! 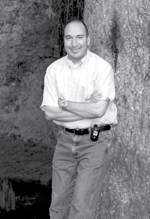