Unless you tend to read magazines from back to front (like I sometimes do), my editorial column is the last section you will read in this premier issue of HeliMx magazine. We hope you have found it to be informative. As an A&P and IA, I am excited to be part of this new magazine launch.

Because of the diverse industries that helicopters operate in, the health of the helicopter industry as a whole (including maintenance, repair and overhaul) is affected differently during economic ups and downs than the fixed-wing industry. Parts and services suppliers know this. They want to grow their rotorcraft business. A recent Aircraft Electronics Association (AEA) member survey noted, “With the anticipated growth, repair stations are turning to the rotorcraft market for alternative revenue streams. As revealed by AEA members, this segment of the market is rising; members performing work on rotorcraft is up 11 percent this year.”

The HeliMx team looks forward to growing with the helicopter industry. This issue is just a starting point. We will be publishing six issues a year (once every other month). So while avionics and other companies will be expanding their presence in the rotorcraft market, so will we.

As editorial director of HeliMx, I realized very quickly that I would need to hire an editor that had helicopter-specific experience — someone that would focus on the issues important to helicopter mechanics. Although I worked as an A&P/IA for 13 years before becoming an aviation editor, I had limited exposure to helicopter maintenance. The HeliMx team needed someone from the rotorcraft industry to take the helm of the magazine — someone passionate about helicopters and helicopter maintenance. Our search for the editor led us to R. Fred Polak. Fred is a true professional and has been instrumental in the successful launch of the magazine. I am proud to be working with him.

You are the ones turning the wrenches. You know what topics are important to you. We sought the advice of helicopter mechanics when deciding to launch HeliMx magazine. Our continued success depends on continually soliciting feedback and advice from you and publishing a magazine that meets your needs.

Tell us what you want. We will listen to you, and HeliMx, your magazine, will be successful.

Thanks for reading, and we appreciate your feedback! 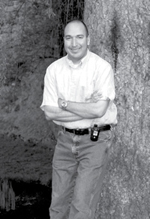