For the most part, helicopter maintenance professionals like to fix what needs fixing, and filling out paperwork is not high on our list of fun things to do. Yet, as the title of this article states, the job is not done until the paperwork is in. After work is done and approved, there needs to be a mechanism in place recording what was done, according to what standard and who performed the work, approved the work and signed off on it. This is extremely important, especially should a mishap occur and the NTSB, FAA and various legal departments get involved. Enter FAR 43.9 (a).

Let’s first define and go into the reasoning of FAR 43.9. Why do we need it? I have work done on my car and get a bill for that work and the costs associated with it. I don’t get a logbook entry that is signed by the mechanic performing the work, or anyone that inspected that work. Why do we need so many details when signing off work performed on an aircraft? 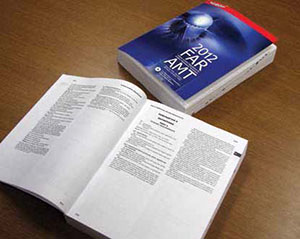 First, we should agree that flying has the potential to be more dangerous than ground transportation. If work is performed on my car and it fails going down the road, I usually end up coasting to the side of the road. In an aircraft, the side of the road is a long way down. Safety has to be the primary concern in performing aircraft maintenance.

The FAA was established as a special part of the Department of Transportation to deal with these differences. The government created federal regulations. We bought into this when we chose aviation as our profession. We agreed to abide by the FARs when we got our A&P licenses. I don’t think many aviation maintenance technicians understand what they agreed to, or what they are signing for when they sign a logbook entry per Part 43.9. We are bound by law to abide by all of the chapters of Title 14 of the Code of Federal Regulations.

Having said that, we recognize an aircraft’s logbook is a record of its history. FAR Part 3, paragraph 3.5 defines record as any writing, drawing, map, recording, tape, film, photograph or other documentary material by which information is preserved or conveyed, etc. Paragraph 3.5(3) states why we are prohibited from fraudulent and misleading statements when conveying the information that we put in the historical records. The aircraft owner is protected by the government. They have the right to know that the information in their aircraft records is accurate because they are ultimately held responsible for the airworthiness of that aircraft. The aircraft must be maintained in a safe and airworthy condition. 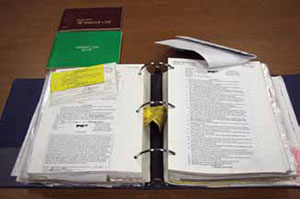 When we chose to become A&P mechanics, we chose to become the custodians for the airworthiness and history of aircraft. When we perform a task on an aircraft, how we describe that task becomes a part of the historical documentation of that aircraft, and can be read by countless other aviation maintenance professionals for generations to come. Our hangar has greeted aircraft that I had worked on before some of the mechanics working for me were born. I was proud to show them my logbook entry dating back to the 1980s. I make my entries to ensure the airworthiness of the aircraft I worked on. I don’t do it for the legalities.

As I said earlier, we work under federal laws and are subject to prosecution for breaking those laws. The liabilities and responsibilities that we as A&P mechanics assume when we sign off our maintenance actions are tremendous. For some, the school of thought has been that the more information you give on a logbook entry, the more evidence you are giving the lawyers against you. From my experience in courts of law, if you didn’t say that you actually did something, it is assumed that you didn’t do it. I don’t believe that mechanics would intentionally do something wrong on an aircraft. Most lawsuits are about finding things that were supposed to have been done but weren’t, and then pinning the blame on the mechanic. You just can’t assume that they know you did it. If you didn’t sign it off, you didn’t do it. You’re guilty! With guilt, you have liability. 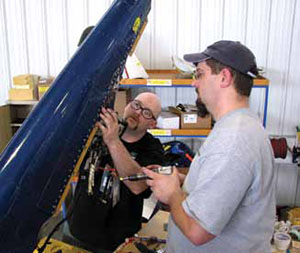 I remember a friend of mine telling me that when he does a write up, he is making his notes so that he will be ready to go to court and defend his actions. He is telling the story with all of the details that he knows he won’t be able to remember without writing it down. Anyone that has worked on an aircraft that later crashed will tell you that you are being naïve to think that it can’t happen to you. Tell your story and include all the details so you are covered. I’ve seen these little log books the owners bring in to have you do a sign off. Most of the time, I think the aircraft owner thinks the bill will be small if the sign off is small. They might ask, “Why is the bill so big when you didn’t do that much?” Tell them everything you did. Justify your compensation. I understand that “details” are the reason that doctors and lawyers charge so much for their services. They put the details in the bill.

I work at a Part 145 Repair Station, so things are a little different. Instead of aircraft maintenance technicians signing off their work using their A&P or IA certificates, we have designated inspectors and leads that sign the repair station number as authorized certification for return to service. As chief inspector and accountible manager to the FAA, they may as well be signing my A&P/IA license numbers in the log books. I take full responsibility for the aircraft in my hangar and the aircraft when they leave. I don’t take this responsibility lightly. I can’t look at every aircraft or inspect every task that was performed on these aircraft. We incorporate a work order system to detail the maintenance of our customer’s aircraft. We have had some aircraft in for refurbs that had 400-500 tasks performed. There is no way that we could write that up in a log book entry. The work order is just an attachment to the log book. It must be structured and used exactly the same as the log book. It becomes a permanent record in the aircraft’s historical records. Some people argue that repair stations don’t have to put any details in their log book sign offs.

EXAMPLE: AFTT 6024.8 on Feb. 22, 2012. Performed many inspections and many repairs, see company XYZ Work order #2011-025 for details of work performed. Joe Mechanic CRS-ABCD009X. This is not true. I demand more detail in the work orders than could possibly be put into a single log book entry. 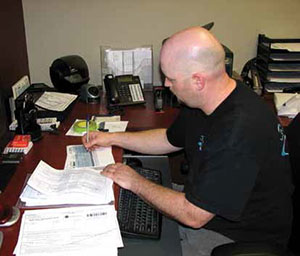 My work order packages are audited annually by the FAA. They are used for parts traceability, employee payroll, future job man-hour quotes and customer billing, as well as FAR 43.9. Many technicians that work on Part 91 aircraft make a simple log book entry that returns an aircraft to service. Sometimes these entries are never read by anyone else, and unless the aircraft is involved in an accident or incident, the entries will never be scrutinized by the authorities. Since most of my customers are Part 135 commercial operators, we are bound by FAR Paragraph 145.205 (a). “A certificated repair station that performs maintenance, preventive maintenance or alterations for an air carrier or commercial operator that has a continuous airworthiness maintenance program under Part 121 or Part 135 must follow the air carrier’s or commercial operator’s program and applicable sections of its maintenance manual.” The commercial operator must extract all maintenance information to be able to update continuously their aircraft status sheets, as required by their Part 135 operations manual. Our customers rely on us for these details. Since we have numerous Part 135 customers, we have numerous customer preferences for their sign offs.

My work order system is also beneficial to a shop environment that has many aircraft maintenance technicians working on the same aircraft at different times. The action taken and the details of removals and reinstallations serve as a checklist for returning an aircraft to service. If every component or assembly is written up on the work order as being removed, with details of part numbers, serial numbers, TBO and total time data by the technician performing the work, then when different technicians at a later date are tasked with putting the aircraft back together, they have a good checklist of what must be installed. If components are changed, we have a record of the removal and installation of new components. Every step must be inspected and signed off on by a second set of eyes. These are my procedures for ensuring the airworthiness and quality of the work performed on the customer’s aircraft. This is how I can sleep at night. Think of it like this: would I feel good about my family flying on this aircraft?

We did approximately 140 work orders last year. I couldn’t possibly remember all of those details unless they were properly documented. The old saying that “incorrect paperwork won’t make an aircraft fall out of the sky like an incorrect repair” is still true. Just remember that the job is not complete until the paperwork is done.

Terry L. Peed has been in aviation for 43 years and is an A&P/IA. He is the chief inspector for Helicopter Specialties Inc., a certificated FAA repair station that performs heavy helicopter maintenance, completions with painting capabilities and avionics installations.