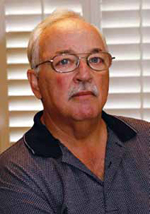 The staff of HeliMx magazine attended the NBAA 2010 trade show this past October in Atlanta. Although the show is not specifically focused on helicopters, we saw it as a good opportunity to see some of the latest products and services that apply to both fixed-wing and rotary-wing aircraft.

The Georgia World Conference Center (GWCC) where the show was held is huge. From the street level to the exhibit floor was a four-escalator ride below street level. If you walked, you could easily do three miles a day without trying hard. It was a great cardio-vascular workout. The show was a large event in a physical sense, but it lacked some of that “wow” factor that was typical of NBAA shows in the past when the aviation economy was booming.

Those that collect the numbers told us that about 24,000 people were registered to attend, and could see approximately 1,100 exhibits and 93 aircraft on static display. NBAA is the fourth largest trade show in the U.S., so the numbers should be large.

There was not much in the way of announcements that aircraft were being sold in any quantity that would indicate the aircraft manufacturing industry is bouncing back. Aircraft manufacturing appears to be on the bottom of the recovery curve and could bounce along there for awhile yet. The “Business Aviation Outlook” from Honeywell Aerospace does not see business jet orders returning to peak 2008 levels until 2017!

Short-term business predictions center on retrofits, as owners and operators are keeping their older aircraft longer. That may be good news for avionics and engine manufacturers and those of us in the aftermarket maintenance business, but not for airframe manufacturers. In the long term, those that are in the prediction business are talking about ultra long-range aircraft such as Gulfstream’s G650 and Bombardier’s model 7000 and 8000 aircraft. By the end of 2010, approximately 700 aircraft will have been sold, with about the same number predicted for next year. That is the lowest yearly total since 2004.

Listening to those in the know, one of the biggest stumbling blocks to our industry bouncing back is financing. Where do companies go to get the money they need to buy aircraft now? Too many banks are just not lending like they used to. But why do we even need banks?

Some years back, General Motors learned they could do as well or better if they offered financing for their cars and trucks, and they created GMAC. General Electric saw the potential and created GE Capital. Why can’t aircraft manufacturers or associations like NBAA and GAMA look into creating financial companies for the business aviation industry? Does our industry have the ability, drive and desire to get going again, or will we always have to depend on someone else financially?

Those of us in the industry understand the value of business aircraft in the work place. What we need to do is make those not in our industry better appreciate and understand what our industry can do for them. How do we make John Q. Public enthusiastic about the business aviation industry? NBAA and GAMA have started the ball rolling with their “No Plane No Gain” marketing effort. We all need to do our part to ensure the general public understands the vital role general aviation plays.

Here is something to think about. There is a small city in Wisconsin by the name of Green Bay. They have a football team. There are people all over this country who are Packer fans. What is interesting is most of those fans have never been to Green Bay, and do not own a piece of the franchise, yet they are fanatically supportive of the team. How can we learn from Packer fans and generate that kind of support for the business aviation industry? If you have an idea, send it to NBAA and GAMA. They need our help. Our industry needs help, and where better to get that help than from the people who know our industry best … ourselves.