The Restructuring of Business in America 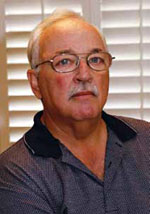 Today’s business environment is complex and competitive. You have to be the best in order to succeed. This means having the highest quality and lowest cost, whatever your price point. In order to be the best, you have to concentrate on one thing. You can’t be all things to all people and be the best. This concept has led to a major transformation of American industry.

A generation ago, IBM used to make every part of its computers. Now Intel makes the chips, Microsoft makes the software and someone else makes the modems, hard drives, monitors, etc. IBM even outsources its call center! Since IBM has all these companies supplying goods and services cheaper and better than it could do itself, it can make a better computer at a lower cost. This is called a “fracturing” of business. When one company can make a better product by relying on others to perform functions the business used to do itself, it creates a complex pyramid of companies that serve and support each other.

This fracturing of American business is now in its second generation. The companies who supply IBM are now doing the same thing: outsourcing many of their core services and production processes. As a result, they can make cheaper, better products. Over time, this pyramid continues to get bigger and bigger. Just when you think it can’t fracture again, it does. Even small businesses can have a large pyramid of corporate entities that perform many of its important functions. One aspect of this trend is that companies end up with fewer employees and more independent contractors.

This trend has also created two new words in the business world: integrator and complementor. At the top of the pyramid, IBM is the integrator. As you go down the pyramid, Microsoft, Intel and the other companies supporting IBM are the complementors. However, each of the complementors is itself an integrator for the complementors underneath it. This has several good and bad implications. The good thing is a better product at a lower cost. The first of the bad is that we get false readings on the economy. People who used to be employees are now independent contractors launching their own businesses. There are many people working as such and what they do is not listed as a job. As a result, the economy is moving along better than the numbers are telling us.

Outsourcing also confuses the numbers. Suppose a company like General Motors decides to outsource all its employee cafeteria functions to Marriott (which it did). It lays off hundreds of cafeteria workers, who then get hired right back by Marriott. The only thing that has changed is that these people work for Marriott rather than GM. Yet, the headlines will scream that America has lost more manufacturing jobs. All that really happened is that these workers are now reclassified as service workers; the old way of counting jobs contributes to false economic readings. As yet, we haven’t figured out how to make the numbers catch up with the changing realities of the business world.

Another implication is that the company on the top of the pyramid is more dependent on those companies beneath it, and as such loses more and more of its control in the manufacturing process further down the pyramid.  Boeing ran into this problem on the Dreamliner with all of the work it had vendored out. Sometimes you just have to bite the bullet and do certain tasks in house. If you lose control, you lose everything.

Last but not least is the implication that as more of the manufacturing process is vendored outside the U.S., the U.S. workforce is reduced, spending on the corporate and personal level is reduced and tax revenue is reduced.  We have all seen the staggering effect of this dilemma daily on the evening news.

Has the fracturing of business happened to your company? Has it affected how you and your company do business? Let us know. We would like to hear from you.