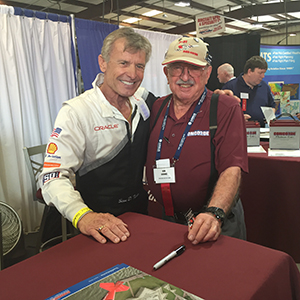 Concorde Battery Corporation sadly announces the passing of Don Grunke. Grunke was a friend to all and a stranger to none. He worked as an application engineer for Concorde Battery. The following is from his Obituary:

Donald Gene Grunke, born on November 29, 1926 to George F. and Annie Laurie (Barker) Grunke in Dodge City, Kansas passed away on March 12, 2020 at 93 years of age. Don grew up in Dodge City. Some of Don’s fondest memories were of getting on the train and traveling to Texas to spend summers with his cousins at the Barker family Farm (Don’s mother was a Barker) in George’s Creek, Texas. At the young age of 16, he was doing Aero Repair and towing aircraft at the Dodge City Army Air Base. He also took flying lessons there — and his love of all things aviation was born! He soloed in a Piper J3 Cub at the age of 16 and maintained his pilot license until his passing. He enlisted in the Navy at 17 as a Seaman Second Class and served in the Radio Program in Corpus Christi, Texas. At the age of 18, he had learned enough about Radio to teach it to men his senior in the Navy (he said you really learn a subject when you have to teach it). Following his service, he married his high school sweetheart, Helen Davis, and they took off for Kansas State University, where he graduated as an Electrical Engineer. Out of college, he went to work for Greb X-Ray Company in Wichita, Kansas. After many years in the x-ray business, he was able to follow his bliss and began working for Cessna Aircraft and, later, Beech/Raytheon. For many years, Don and Helen lived on High Point Airport, where he was able to hangar his pride and joy, a 1957 Cessna 182, tail number N3969D. That little plane took him on business trips, to air shows and on cross-country family vacations — including fishing trips to Canada with his Dad. After he retired from Raytheon, he began working for Concorde Aircraft Battery Company as an application engineer and was in their employ up until his very last day on earth, at 93 ½ years of age! He loved the people at Concorde and loved working for, and representing, Concorde. Aviation was Don’s passion. He loved attending the EAA fly-in at Oshkosh, Sun and Fun and all the major airshows, meeting up with all his flying buddies and manning the Concorde Battery booth. He was an instructor at FAA IA Renewal Seminars. He was a member of Quiet Birdmen, the Experimental Aircraft Association, the Aircraft Owners and Pilots Association, Mid-America Antique Airplane Group, OX5 Aviation Pioneers of Kansas, Warbird Ops, Cessna Pilots Association, Texas Pilots Association, and was an enthusiastic supporter of the Kansas Aviation Museum. Don put his knowledge of batteries to good use by taking in used batteries and refurbishing and then donating them to other passionate aviators to keep many Warbirds flying. In 2017, Don received a most prestigious award: The FAA Wright Brothers Master Pilot Award, awarded only to exemplary pilots who first soloed more than 50 years ago. In addition to flying, Don also loved to read, to travel by any means, to swim and to soak in a hot tub, and to fill Helen’s bird feeders every day. He loved a good Bloody Mary, pickled okra, fried shrimp and oysters on the half shell, and strawberry-rhubarb pie with Blue Bell ice cream for dessert! He loved taking the grandkids to the farm, teaching them how to fish off the dock, and teaching them how to drive on dirt roads. He always had a story to tell — stories about his childhood, his children, his grandchildren, or even relatives long passed, and often about his flying adventures and the many interesting friends he met while on those adventures — none were boring. Don was preceded in death by his brother, Gordon. He is survived by his exceedingly patient and loving wife of 74 years, Helen; his two daughters: Donna Sue (Rich) Kaminsky of Overland Park, KS and Jeanne Louise (Rick) Rhoten of Houston, TX; 4 grandchildren: Kris Kaminsky of Macau, China, Chad Rhoten of Austin, Texas, Danny Kaminsky of Lenexa, Kansas, and Jennifer Rhoten of Conroe, Texas; and 4 great-grandchildren: Cooper and Jakoby Kaminsky of Lenexa, Kansas and Graham and Ryder Kaminsky of Macau, China. Don Grunke lived life at full throttle, seized every moment and danced with the clouds on the outskirts of heaven. He has received his very final “cleared for final.” So, “shove off Cox’n, you’re loaded!”