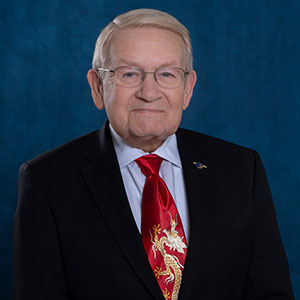 Helicopter Association International (HAI) deeply regrets to announce the passing of Harold “Hal” Summers, director of flight operations for HAI for nearly 18 years and a fixture in the rotorcraft industry since the 1960s. Service information and methods of honoring his memory are pending and will be released as soon as they are available.

“Words truly fail me today,” says James Viola, president and CEO of HAI. “Hal was an icon in the industry, a subject-matter expert on everything involving helicopter maintenance, and he felt it was an honor and obligation to share his wisdom and experience with the rest of us. We are a better industry because of his passionate contributions, and he will be profoundly missed.”

Harold’s aviation career spanned more than six decades. After receiving his A&P license, he worked in Alaska in the early 1960s. Harold joined Petroleum Helicopters, Inc. (PHI) in 1964, eventually becoming vice president of maintenance, where he presided over maintenance and support for a global fleet with more than 400 helicopters in the Gulf of Mexico alone. He later served as acting chief engineer for a joint venture between PHI and China Southern Helicopter Company in Zhuhai, Guangdong, China, where he met his second wife, Zhilin.

In 2004, Harold joined HAI, where he was directly responsible for managing the fly-in and fly-out each year for HAI HELI-EXPO®. In that role, he would work with local airports to coordinate staging and fueling sites and with the FAA to manage the regulatory requirements, and then managed the arrival and departure of up to 60 helicopters to be displayed on the show floor. Harold also worked with other HAI staff members, regulators, and industry stakeholders to resolve issues for HAI members.

“Harold’s career was massive in breadth,” continues Viola. “He received the FAA’s Charles Taylor Master Mechanic award, which recognizes 50 years of working in aircraft maintenance. I expect many people receive that award at the end of a long and illustrious career. Not Harold. He received his plaque and pin in 2011 and continued to serve for 10 more years. He sent his last email on behalf of HAI literally hours before his unexpected passing. He will be greatly missed as a colleague and friend by many.”