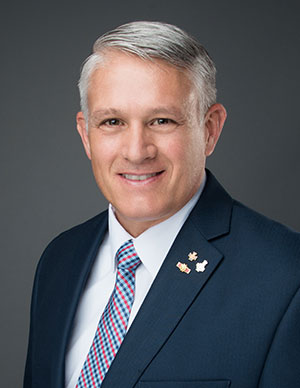 Heli-One, a provider of helicopter maintenance, repair and overhaul (MRO) services, announces the hiring of Christian Drouin as Heli-One's vice president of Operations. He will oversee more than 600 employees at the Canadian, Norwegian and Polish MRO facilities.

Drouin, a highly decorated military veteran, brings to Heli-One a keen understanding of the organizational and operational nuances of running multiple facilities with challenging priorities. He aims to leverage his experience with personnel and resource management to deliver excellence in helicopter-maintenance services to customers.

"It has been great to meet my colleagues at the different facilities," Drouin says. "They are motivated, professional, and dedicated. Each and every one of them that I talked to is passionate about their work. I am excited to help lead Heli-One and look forward to challenging all of us to be leaders in what we do and deliver quality services to our customers."

Drouin has an esteemed military background, having served 33 years in the military, culminating in the rank of major-general in the Royal Canadian Air Force. Following his promotion to this rank in 2016, he oversaw approximately 300 aircraft across the Canadian fleet and managed more than 11,000 personnel. He also accumulated over 4,000 hours of tactical helicopter flight time. Drouin held multiple command positions as a general and completed a number of North American and overseas deployments. He held a number of leadership positions within the Royal Canadian Air Force including Deputy Commander Force Generation at 1 Canadian Air Division/Canadian NORAD Region in Winnipeg and Deputy Director of the Strategy, Policy and Plans Directorate NORAD and United States Northern Command at Peterson Air Force Base, CO. From the Governor General of Canada he received the Order of Military Merit — Commander level (C.M.M.) and the Meritorious Service Medal for Leadership as wing commander in Afghanistan. He also received the US Legion of Merit for service in the United States of America for the defense of airspace of North America.

"We are excited to have Christian join our team and bring his knowledge and experience to Heli-One. His combination of fleet management and military operational experience are unique, and I am confident his in-depth knowledge of aircraft and complicated operations will provide a number of benefits to our team and customers," says Eddie Lane, president, Heli-One.