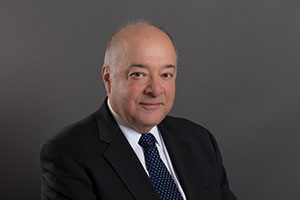 Helicopter Association International (HAI) joins a coalition of ten other aviation-related associations in delivering a letter to the Federal Aviation Administration (FAA) regarding the Ligado Networks Proposal.

The Ligado Networks Proposal seeks to establish a cellular network within a satellite frequency band adjacent to the band used by aviation global positioning systems. The aviation groups seek testing to ensure there is no interference with guidance systems on aircraft operating near the towers.

“Specifically, we remain concerned with the initiative by Ligado Networks to establish a terrestrial cellular network within what is a satellite frequency band,” states the letter, dated June 15, 2018. “Interference issues that have the potential to negatively impact the operational aviation environment remain unresolved and require definitive testing and evaluation before any system deployment.

“We fully recognize the value that robust connectivity systems offer during aviation operations,” the letter continues. “Enhanced communications, real-time data exchange and flight tracking, as examples, can all benefit from such systems. However, we cannot ignore the risk potential that the Ligado Networks Proposal presents to aviation operations.”

A complete version of the letter, including the list of signatories from each association, can be read at: http://bit.ly/HAI-Ligado.

The other associations which support the testing include: