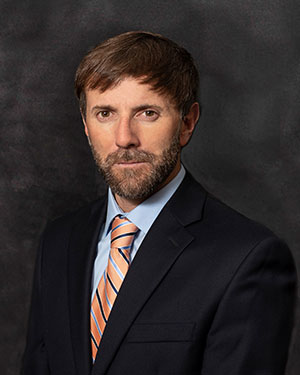 Helicopter Association International (HAI) announces that Jason Glynn, a pilot for Era Helicopters in Houma, LA, is the 2020 recipient of the association’s Pilot of the Year Award. The award recognizes an outstanding single feat performed by a helicopter pilot during the year or extraordinary professionalism over a period of time. Nominees must be active helicopter pilots.

Among its many highlights, Glynn’s career includes having served as a flight instructor for Vortex Helicopters in Mississippi, followed by roles at Era Helicopters with increasing levels of responsibility. But Glynn didn’t start out in the helicopter industry. First he repaired diesel-engine generators on petroleum exploration platforms in the Gulf of Mexico. After multiple helicopter flights, however, Glynn’s passion for aviation grew to the point he decided flying helicopters was what he wanted to do for the rest of his career.

Glynn became more familiar with the helicopter industry while in a job performing base support at the Era heliport in Port Fourchon, LA, where he loaded and unloaded cargo, refueled aircraft and washed helicopters. Six months later, Glynn began putting himself through Vortex’s flight school while still working as a ramp hand for Era. An exceptional student, he impressed the school’s instructors, examiners and owner, who offered Glynn a job as a flight instructor upon his graduation.

Over the next 10 months working at Vortex, Glynn labored tirelessly, leaving his home at 4 a.m. to drive from Louisiana to the Vortex heliport in Mississippi to ensure that his students could fly the 6 a.m. flight when the sun came up. Most days, he’d still be at the heliport at 10 p.m., after completing night instruction or just spending extra time helping students with their studies, before traveling back home to do it all again the next day.

After his time as a flight instructor at Vortex, Glynn had flown nearly 920 hours, making him eligible to become a copilot at Era. Throughout this period, his inspiring attitude, exemplary work ethic, and thirst for knowledge prompted unsolicited recommendations from almost every senior captain in the company. Because of Glynn’s outstanding dedication to the job, Era’s chief pilot was already very familiar with his name, which led to a position with the company as a copilot of a Sikorsky S-76 helicopter.

Throughout his 16 years at Era, Glynn has continued to excel, quickly moving through the ranks of instrument flight rated second-in-command (IFR SIC) to visual flight rated (VFR) captain to IFR captain. His work ethic, dedication to aviation safety, and strong desire for positive industry change inevitably drew him into a management role at the company. Over the years, Glynn has served as base lead pilot, assistant chief pilot, assistant director of operations, S-76/EC225 check airman, and operations manager. He is now director of operations.

“Jason has left an indelible mark on our industry, embodying exemplary leadership, fostering positive change and continued innovation,” says Jamie Comar, chief pilot and director of training at Era, in nominating Glynn for Pilot of the Year. “He’s been the go-to guy for employees and passengers alike . . . the lifeblood of Era and the company’s drive for aviation safety and excellence. Anyone who’s had the pleasure of working around this man remembers his name, his work ethic, and his selfless ambition.”

Glynn’s award will be presented Jan. 29 at the Salute to Excellence Awards luncheon during HAI HELI-EXPO 2020. HAI HELI-EXPO, the world’s largest helicopter trade show and exhibition, will be held at the Anaheim Convention Center in Anaheim, California, Jan. 27–30, with the exhibit hall open Jan. 28–30.