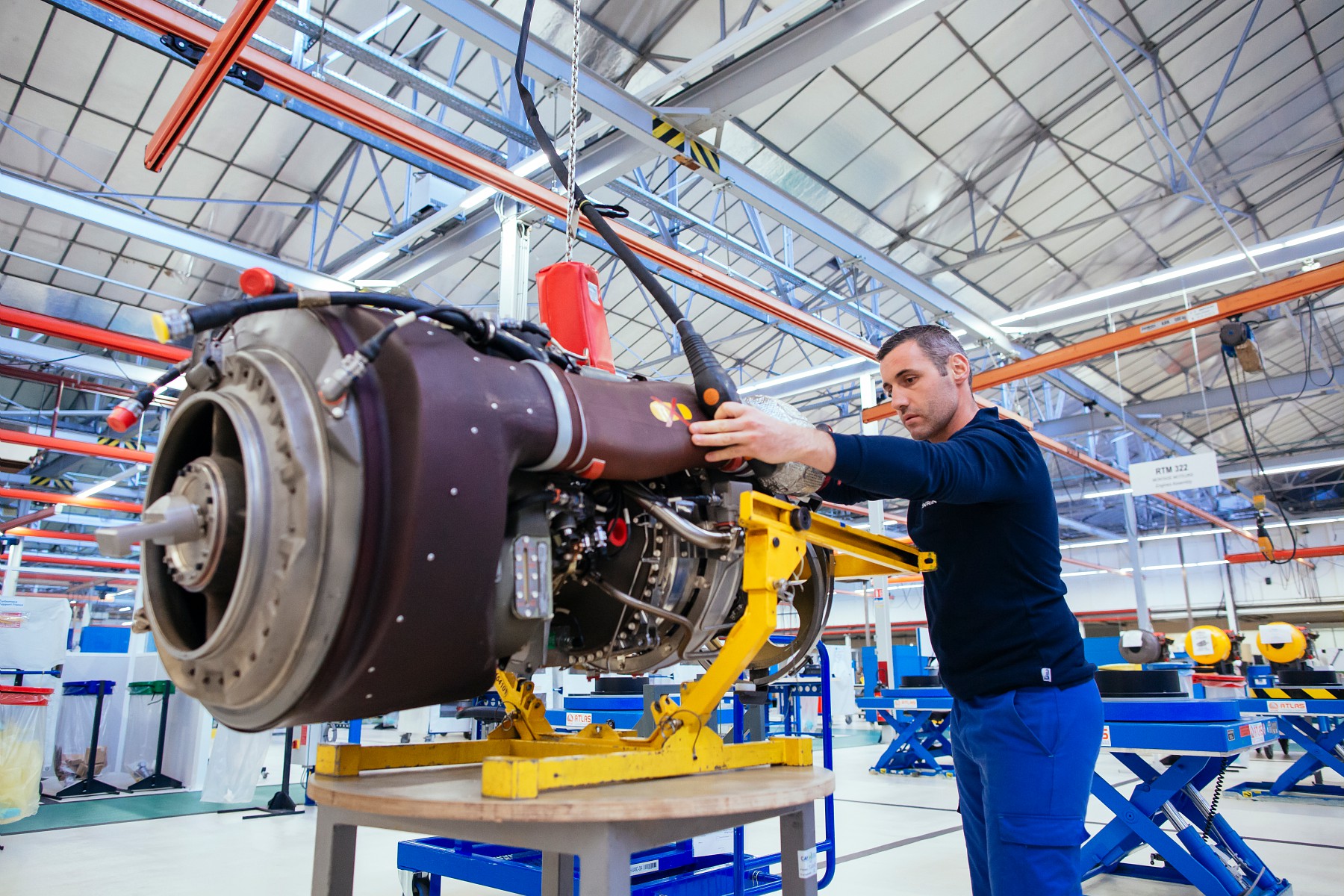 Qatar selects Safran Helicopter Engines as engine supplier of its new NH90 fleet. The 28 NH90 military helicopters, whose acquisition was announced on March 14, will all feature RTM322 engines. They will be assembled in Bordes (France) and delivered to Airbus Helicopters’ facility in Marignane, where the NH90 tactical transport version (TTH) is assembled, and to the Leonardo Venice-Tessera facility in Northern Italy for integration with the naval (NFH) configuration. Safran Helicopter Engines now powers 80% of the worldwide NH90 fleet.

RTM322 is a 2,100- to 2,600-shaft horsepower (shp) engine designed for ten-to-fifteen ton military helicopters. It features state-of-the art technologies that enable it to perform in extremely demanding environments.

Florent Chauvancy, Safran Helicopter Engines, VP of Heavy Helicopter Engine Programs, says, “The RTM322 has once again demonstrated that it is the best engine for the NH90. Since our acquisition of the program in 2013, we have generated a high level of operator satisfaction through increasing engine robustness and operability, and by implementing simpler and more efficient maintenance practices.”

The Qatar Armed Forces NH90 will feature the RTM322-01/9A version. It features a 7% power increase over the baseline RTM322-01/9 variant. This additional power increases mission capabilities in “hot and high” conditions.

1,100 RTM322 have been delivered worldwide, accumulating over 1.3 million flight-hours.

As part of this agreement, Qatar has also ordered 16 H125 light single-engine helicopters for operation by the its Armed Forces Air Academy. These rotorcraft will also be Safran-powered by the Arriel 2D.