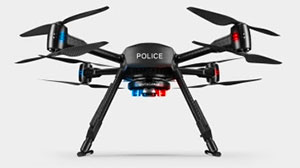 In the chaos of a crisis, time is the enemy. The longer it takes to assess a dangerous situation and deploy the appropriate action, the greater the chance of the incident escalating. With that in mind, Aquiline Drones (AD), an American drone manufacturer and cloud-technology company, and AWARE®, a secure, cloud-based suite of technologies designed for first responders, announce a strategic partnership that will enhance the ability to comprehensively respond to any emergency incident.

“At its core, AWARE® is a technical platform of communication and visualization tools that facilitate quick decision-making for any type of incident or event response,” says Roger Mann, CEO of AWARE®.  “What’s more, the system is compatible with any existing hardware and software for seamless integration into a responder’s daily workflow, whether it be on a tablet, a vehicle’s mobile data terminal, a large-screen computer or even a smartphone.  It is as useful to a small department as it is to a major urban disaster-response agency, providing critical decision support before, during and after an event.”

There are three main components to the AWARE® platform:

“From raging wildfires out West to devastating building collapses on the East, police officers, firefighters and EMTs must constantly rise to the challenge of keeping Americans safe,” says Barry Alexander, founder and CEO of Aquiline Drones. “Our new partnership with AWARE® helps protect and save them by minimizing or eliminating hazards entirely.”