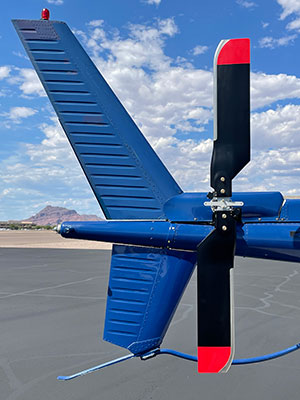 “We’re excited about bringing the performance improvements that VHA is known for to the venerable AS350,” says VHA CEO, James Van Horn. “We expect that our tail-rotor blades will provide greater tail-rotor authority, plus increased safety during a hydraulics failure.”

Van Horn Aviation is working with Piranha Aerospace Solutions, a membership-based helicopter parts distributor, to launch the product with its members.

“In addition to the expected performance improvements, the VHA tail-rotor system design also addresses several maintenance pain points for operators,” says Piranha principal of sales, John Holland. “The elimination of the underperforming half laminated bearings and the use of individually replaceable blades stands to save our members thousands of dollars in direct maintenance costs while also increasing aircraft availability.”

Flight testing will begin this summer, with FAA certification estimated in 2022.