Travis Christy Named HAI’s Salute to Excellence Pilot of the Year
Friday, January 14, 2022 - 13:10
Helicopter Association International (HAI) announces United States Coast Guard Lieutenant Commander Travis Christy, an MH-60 aircraft commander, as the recipient of the Salute to Excellence Pilot of the Year Award. The award, presented by ROTOR Media, recognizes an outstanding single feat performed by a helicopter pilot during the year or extraordinary professionalism over a period of time.
END_OF_DOCUMENT_TOKEN_TO_BE_REPLACED

There has been a lot of discussion on how the nationwide rollout of 5G cellular service in the U.S. will affect the aviation industry.

I’m writing this blog on January 18th — the day before the scheduled 5G rollout.

END_OF_DOCUMENT_TOKEN_TO_BE_REPLACED 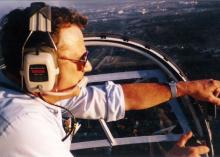 Dana H. Kerrick, 82, of Coppell, TX, slipped the surly bonds of Earth one final time on May 21, 2021. Dana’s contagious smile and warm handshake were well-known in the aviation world as he called on clients and made the rounds at HeliEXPO, ALEA/APSA Expo, and Rotor Safety Challenges for three decades as vice president and co-founder of International Aviation Composites, Ltd. and as a regular instructor for IA renewal seminars.

A rescue helicopter flies on sustainable aviation fuel (SAF) for the first time, achieving a new milestone in international aviation. Operated by the German non-profit organization ADAC Luftrettung, the Airbus H145 rescue helicopter had its Arriel 2E engines ceremonially refuelled with biofuel, a type of SAF, at the air-rescue station at Munich's Harlaching Clinic in the presence of the ADAC Foundation's board of directors, as well as the managing directors and top management of ADAC Luftrettung; engine manufacturer, Safran Helicopter Engines; helicopter manufacturer, Airbus Helicopters; and energy company, TotalEnergies. Together, these companies will be a driving force in the decarbonisation of helicopter flight by moving away from fossil fuels.

HAI announces it is now accepting nominations for its annual Salute to Excellence Awards program. These awards recognize superior achievement across the rotorcraft industry and are open to individuals, teams or organizations who work with helicopters and remotely piloted aircraft systems (drones or UAS). Nominations can be submitted at rotor.org/salute. HAI must receive all nominations by Thurs., Sept. 30, 2021.

International rotorcraft safety organizations, regional safety teams, and other global safety stakeholders announce the establishment of the Vertical Aviation Safety Team (VAST). In cooperation and collaboration with the worldwide vertical flight community, VAST aims to achieve a vision of zero fatal accidents, providing “Safety Above All.” 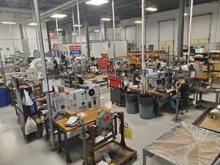 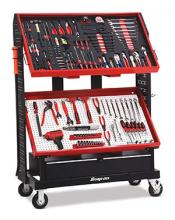 Bell Textron Inc., a Textron Inc. (NYSE: TXT) company, announces the Bell 407 has received its type acceptance certificate (TAC) in Bailiwick of Guernsey. This milestone will allow more European customers to add the aircraft to their operations.